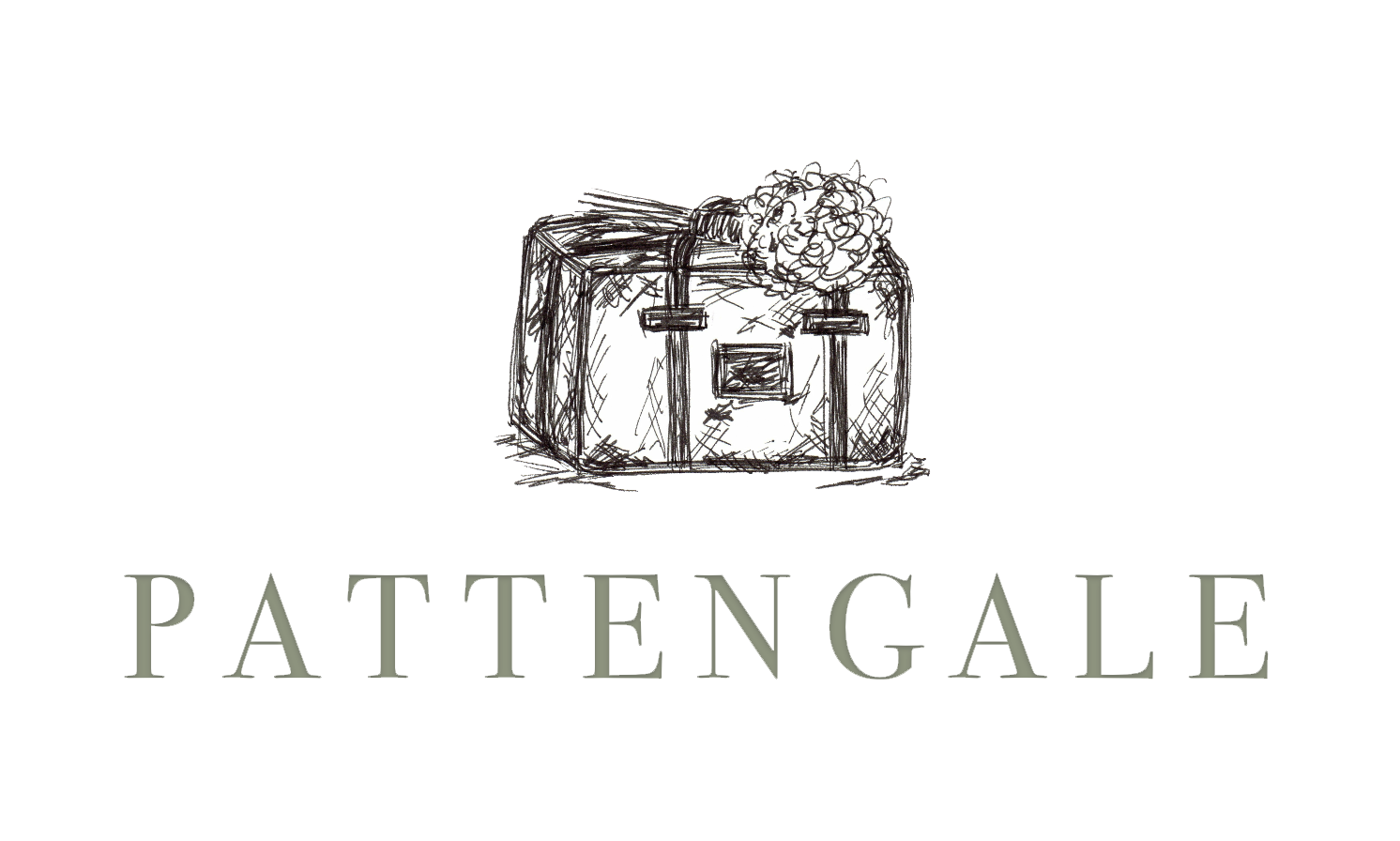 Fact #1: I’ve always had a THING for baseball players.
Fact #2: Stephen wanted to pursue baseball before he felt led to explore a leadership opportunity at a summer camp instead. And guys, that camp? It’s where we met each other. #itwasmeantobe

Because I’m CONVINCED it renews creativity,
establishes deeper gratitude,
and keeps the gloom & doom mindsets away.

(All photos via iPhone) 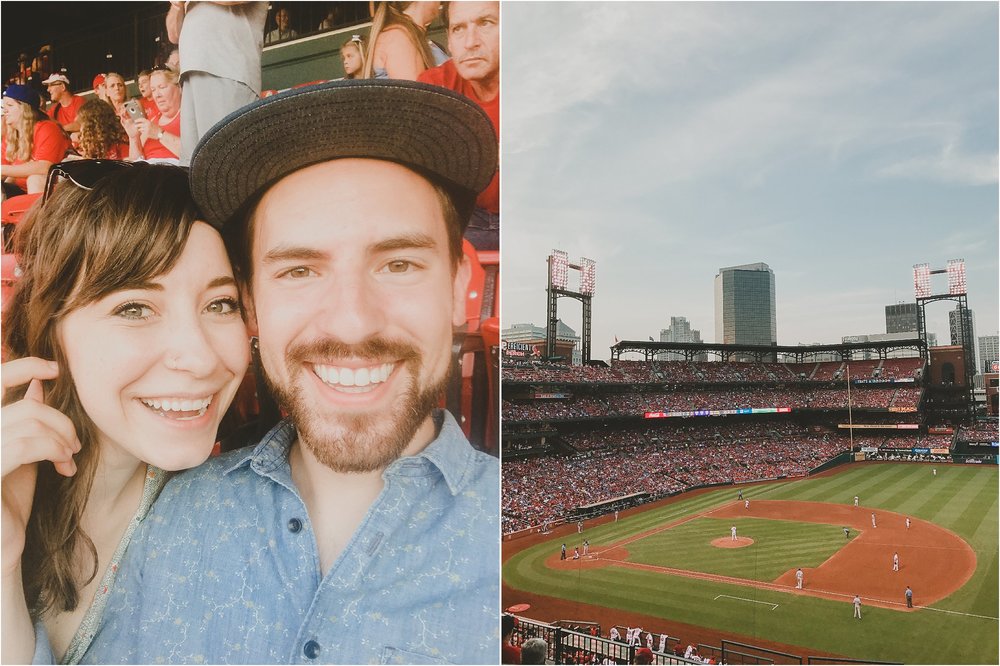 To me, that means continuing to be the fun,
spontaneous girl Stephen fell in love with.

To me, that means checking off Bucket List dreams
WITH the man I’m head over heels for.

And ever since I was a little girl,
I’ve always wanted to eat a hotdog,
in a stadium,
at a major league baseball game.

And since dating Stephen, that dream also morphed into seeing the Kansas City Royals play. 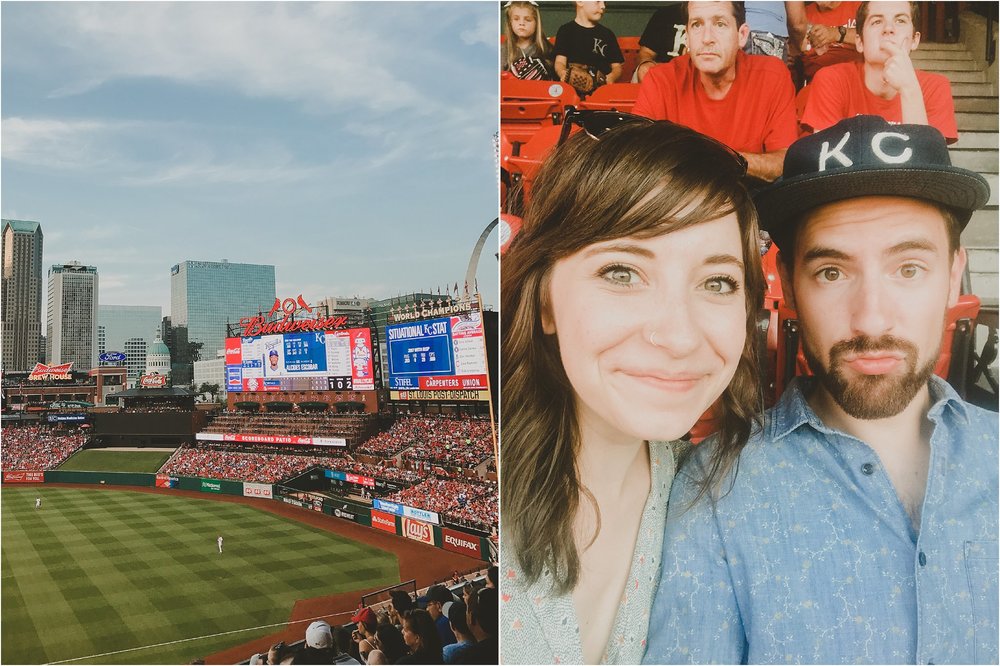 So when the Royals came to Busch Stadium to play against the St Louis Cardinals last night, you better believe we REPRESENTED. ^clearly I’m pumped!

But here’s the thing, Frands:
Some dreams in life don’t have to be huge.
They can be as simple as eating hotdogs.

I feel like the luckiest girl in the world to have gotten my very own baseball player, a few polaroid momentos, and a really fun night burned into my memory (even though we didn’t even win). Because it’s moments like this that make all the cray of life a little sweeter, you know? 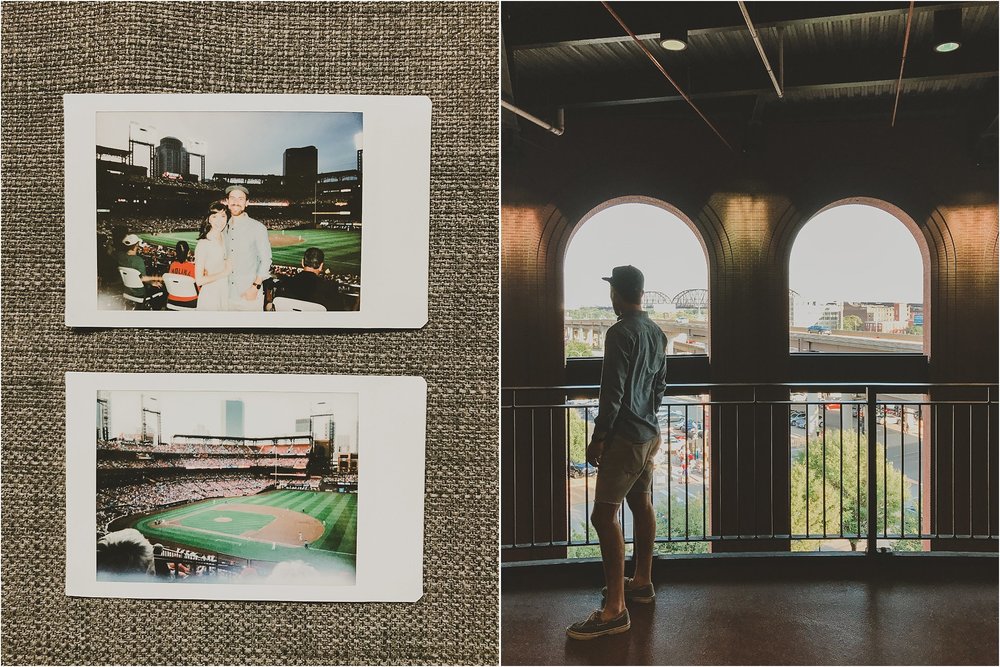 So what are some of your dreams?
Summer is almost over, make it count.

–> Tell me in the comments!

|| P.S. My Style: A cotton dress Stephen bought me from Urban Outfitters. It was the only “blue-ish” thing I really had that would keep me cool AND feeling cute at the same time! #win It’s also the same dress I wore in our engagement photos: see here. ||

WELCOME TO THE JOURNAL

As a young girl, I kept a journal and then when Stephen and I got married, we wrote our vows into a journal we shared as a couple. On this lil’ corner of the internet, I want to invite you into our virtual journal’s stories and musings.  I hope you’ll find encouragement and inspiration along the way. You can expect a mixture of our recent photography work & adventures, lifestyle tips, current obsessions, and personal stories of us behind the scenes too! I’m so glad you’re here!

get to know us

Get a behind the scenes look at our life, latest sneak-peaks & travels!

YOU'RE PROBABLY HAVING YOUR FIRST LOOK AT THE WRON

PSA: Today I turned 28 TODAY & I wrote my HEART ou

Someone has his yearly checkup and I’m over here

How will you plan for the last half of the year? I

I hate to admit it, but sometimes Stephen has to t

FIND YOUR WAY AROUND 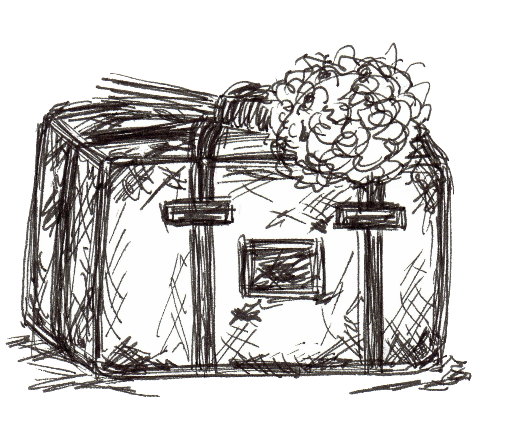 Weekly tips and tricks for getting the most out of your photos.

take me to the top